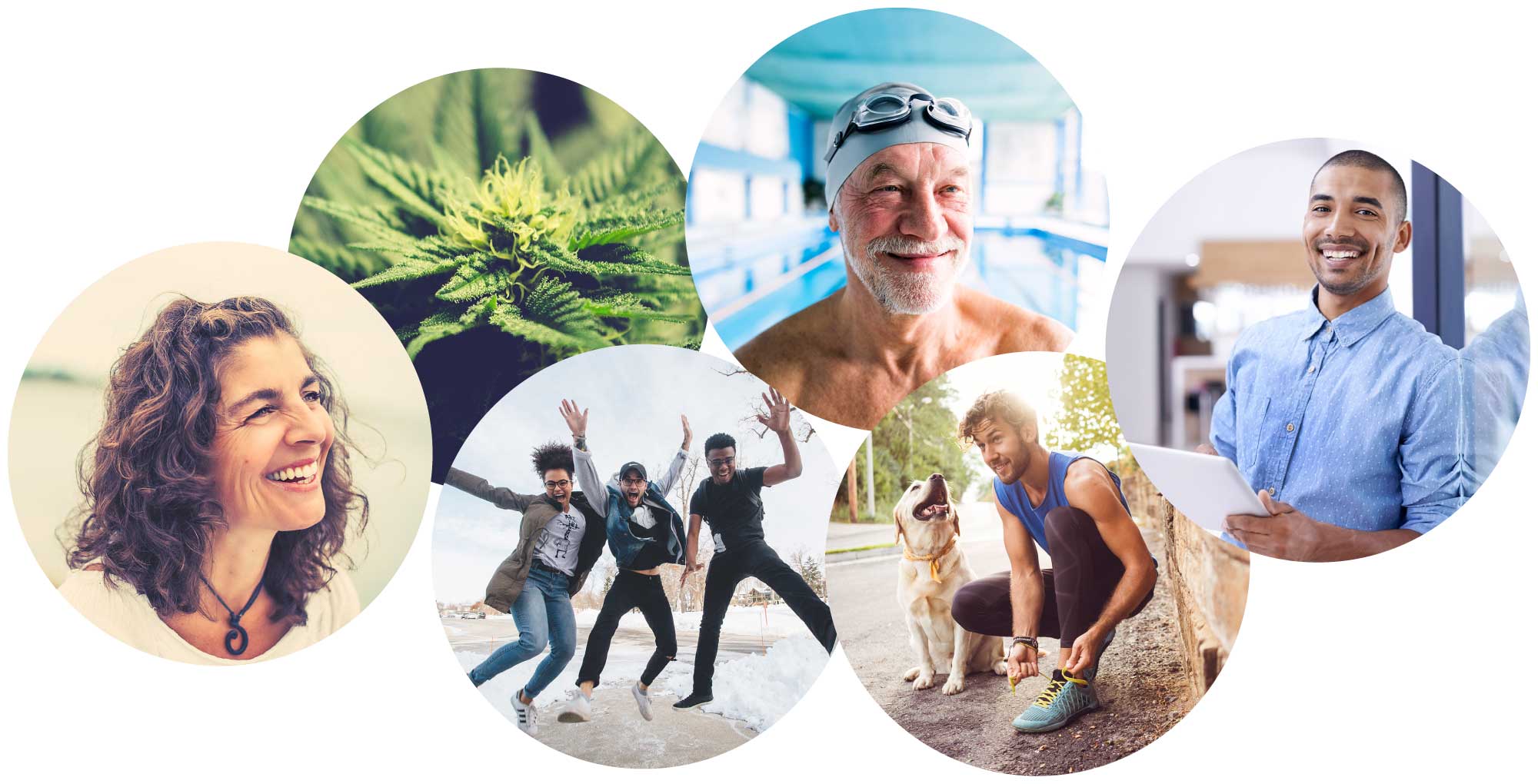 ALS – often referred to as ‘Lou Gehrig’s Disease’ – is a neurological disease that causes physical disability by progressively damaging and destroying nerve cells. Early stages of the disease present with muscle twitching and/or weakness in a limb. Some patients will exhibit slurred speech. As the disease progresses, it begins to affect basic functions such as eating and breathing, eventually leading to death. While ALS continues to be heavily researched, sadly there is currently no known cure for the disease.

Autism is one of several conditions diagnosed as Autism Spectrum Disorder, a condition that affects brain development in children and subsequently causes the individual to have difficulty perceiving and communicating effectively with others, often leading to issues socializing. Autism Spectrum Disorder has a very large range of severity and symptoms which are unique from person to person. There is no known cure for the disorder, however, identifying and treating it early can make an incredible difference in a child’s long-term development and well-being.

Cancer is a general term for diseases in which abnormal cells develop and divide uncontrollably which can damage and destroy normal cells. Symptoms vary widely but often cause disruption to the normal function of the location of abnormal cell growth. With continued research and treatment, survival rates continue to improve for a number of types of cancer.

As an Inflammatory Bowel Disease (IBD), Crohn’s Disease causes inflammation of the digestive tract, often in the last section of the small intestine – known as the ileum – or the section of the large intestine referred to as the colon. The disease can cause abdominal pain and cramping, diarrhea, as well as a number of other serious symptoms. While there is currently no cure for Crohn’s disease, treatment of the symptoms can help significantly.

Damage to the spinal cord or nerves at the end of the spinal canal can have varying effects on the body, depending on the location and severity of the injury. Generally, these injuries impact the sensation, strength, and overall function of any section of the body below. Spasticity, or continuous involuntary muscle contractions, can occur due to brain and spinal cord injuries. Spasticity can be incapacitating and disruptive especially during rehabilitation and can lead to further complications.

Note: The Pennsylvania MMP specifically lists the associated qualifying condition as “damage to the nervous tissue of the central nervous system (brain-spinal cord) with objective neurological indication of intractable spasticity, and other associated neuropathies.” Be sure to consult with a physician registered with the MMP to understand if you or a person in your care qualify.

Dyskinetic and spastic movement disorders can refer to a number of neurological conditions that cause increased involuntary movement and contraction of muscles. Long-term effects can include damage to muscles and joints. Common diseases associated with spasticity are Cerebral Palsy and Multiple Sclerosis, however, there are many other conditions including Brain and Spinal Cord Injuries, Encephalitis, Meningitis, and Strokes.

As a neurological disorder, Epilepsy can cause seizures, abnormal sensations, and loss of awareness due to abnormal brain activity. Seizure symptoms vary between patients and are typically consistent for the individual. These symptoms can include temporary confusion, uncontrollable movement of limbs, and periods of blank staring. Depending on the way in which the abnormal brain activity starts, epileptic seizures can be classified as either focal; abnormal activity is limited to an area of the brain, or general; abnormal activity appears in all areas of the brain.

Glaucoma can appear at any age; however, it is most common in older adults where it is a leading cause of blindness. It is characterized by damage to the optic nerve often due to unusually high pressure in the eye. Depending on the type and stage of Glaucoma, symptoms can vary. However, as the condition is slow to progress, regular eye exams can detect high eye pressure leading to early diagnosis and treatment, slowing or preventing further deterioration.

Human Immunodeficiency Virus (HIV) damages the immune system, interfering with your body’s ability to defend itself against other diseases and eventually leads to Acquired Immunodeficiency Syndrome, commonly known as AIDS. HIV is most commonly transmitted sexually; however, it can also be transmitted through contact with infected blood or from mother to child through pregnancy, childbirth, or breastfeeding. There is currently no known cure for HIV, however, advances in medicine have led to medications which significantly slow the progression of the disease.

Huntington’s is an inherited, degenerative disease which breaks down the nerve cells in the brain. The disease can appear at any age; however, it appears most commonly in patients 30-50 years old. Initial symptoms vary widely between adult patients can include movement, cognitive, and psychiatric disorders. There are no known cures for the disease, however, medications can help to manage symptoms.

IBD is a general term used to refer to disorders causing chronic inflammation in the digestive tract. Symptoms can vary, depending on the severity and location of inflammation but often include diarrhea, abdominal pain, and fatigue. While diet and stress may contribute to the severity of the disease, the actual cause of the disease is still unknown. Treatment of the disease through medication or surgery can lessen symptoms and, in some cases, lead to long-term remission.

Intractable seizures can occur when seizures are uncontrollable using medication, or when patients are intolerant of medications used to control seizures. When medication does not prove successful, other treatments such as vagal nerve stimulation and epilepsy surgery can prove successful depending on the cause and brain activity location associated with the disorder.

As a disease of the brain and spinal cord, Multiple Sclerosis (MS) can cause permanent damage and deterioration to nerves by causing a patient’s immune system to attack the protective sheath that covers nerve fibers. Symptoms most commonly affect movement, sensation, and vision with tremors, neck pain, numbness or weakness of the limbs, and impaired or complete loss of vision. The most common type of MS progression is marked by short periods of relapse and longer “quiet” periods of remission. There is no known cure for MS, however, the progression of the disease can be slowed through medication and therapy.

Neurodegenerative disease is a general term used to refer to a number of diseases that occur when nerve cells in the brain and nervous system progressively lose functionality and die. Specific diseases and symptoms can range significantly, depending on the part of the nervous system or brain that is affected. Many of these diseases have treatments to mitigate or slow the progression of the disease, however, there are currently no known cures for neurodegenerative diseases.

While some neuropathies may occur in the brain and spinal cords, any damaged nerves outside of these specific areas are called peripheral neuropathies. Damage can occur for a number of reasons including injury, diabetes, infection, and exposure to specific toxins. Symptoms vary significantly depending on the type of nerves affected but commonly include numbness, pain, extreme sensitivity, and weakness. Treatment is typically focused on managing symptoms and regular checkups to track if the neuropathy improves.

Opioids are natural or synthetically produced chemicals that interact with opioid receptors on the nerve cells in the body and brain. As prescription drugs, they can be used to treat acute and chronic pain or during palliative and end-of-life care. Using Opioids as prescribed by a physician is not indicative of Opioid Use Disorder, however, there are a number of indicators that can be used to diagnose the disorder. Opioid Use Disorder can be treated using methods like Medication-assisted Treatment (MAT) which utilizes medication to relieve cravings along with consistent counseling and behavioral therapy.

Note: The Pennsylvania MMP specifically lists the associated qualifying condition as “opioid use disorder for which conventional therapeutic interventions are contraindicated or ineffective, or for which adjunctive therapy is indicated in combination with primary therapeutic interventions.” Be sure to consult with a physician registered with the MMP to understand if you or a person in your care qualify.

As a neurodegenerative disease, Parkinson’s causes the progressive breakdown of nerve cells in the brain specific to movement. Early signs of the disease can be very mild and often begin on a single side of the body. The most common symptoms of the disease are tremors, stiffness, and slowing of movement. There are no known cures for Parkinson’s disease, however, medications that increase or substitute dopamine can improve motor skills and mitigate tremors.

Post-traumatic Stress Disorder (PTSD) is a mental health disease triggered by experiencing or witnessing traumatic events. Many people who experience traumatic events experience challenges adjusting and coping, however, if symptoms worsen or last for months or years, a patient may have PTSD. Symptoms of PTSD can include recurring unwanted memories, flashbacks, and nightmares, as well as negative thoughts and mood, and changes in physical and emotional reactions. The most common treatment for the disorder is psychotherapy, however, doctors may also prescribe medications to address specific symptoms.

Pain that is persistent over weeks, months, or years can be classified as Chronic Pain. While ongoing health issues like arthritis and cancer can cause chronic pain, some patients may experience chronic pain after recovering from an injury or disease. Chronic pain can affect individuals of any age; however, it is most commonly diagnosed in older adults. Among other treatments, medication, physical therapy, electrical and brain stimulation, and acupuncture can be used to treat chronic pain depending on the underlying cause.

Sickle cell anemia is a condition which causes the deformation of red blood cells, preventing them from carrying adequate oxygen to various parts of the body. Healthy red blood cells are round and flexible moving easily through the cardiovascular system. Sickle cell anemia causes rigid and crescent-shaped red blood cells which are not only weaker but can also block blood flow by sticking in smaller blood vessels. Symptoms can include fatigue, pain lasting from hours to weeks, frequent infections, swelling, and impaired vision among others. The only potential cure for the disease is a bone marrow transplant, which is typically reserved for children due to increased risks for adult patients. Other treatments include medication to ease symptoms and blood transfusions to supplement healthy red blood cells.

Any disease or condition which will eventually lead to someone’s death can be categorized as “life-limiting” or “Terminal” Illness. By definition, there is no cure for any terminal illness. Treatment for any terminal illness focuses on palliative care; managing symptoms medically while maintaining the patient’s quality of life as long as possible through practical, psychological, social, and spiritual support.

Tourette Syndrome is a disease that most often appears in children and teens, that can involve both physical and auditory “Tics”. Tics can be diverse and are categorized as simple: involuntary blinking, twitching, grunting, and coughing; or complex: repeating phrases and movements, bending or twisting, and involuntarily using vulgar words and gestures. Many patients with Tourette syndrome lead active, healthy lives. However, symptoms of the disease can lead to physical, behavioral, and social complications. Because not much is understood about the cause(s) of Tourette Syndrome, there is no cure. Instead, treatment – often including therapy and medication – is aimed at mitigating or controlling tics to improve the patient’s quality of life.

For more information on these conditions, including all of the information provided in this article please refer to the articles provided by the following reputable sources: